In 2002, Stevens recorded his first song. In 2005, he signed a recording contract with StreetBeat Entertainment, but just a year later, in 2006, he met Punch, President and Chairman of Carson-based indie record label, Top Dawg Entertainment(TDE), who as Stevens says, saw more in his music "than metaphors and punchlines": "As soon as I had graduated from high school I had signed an independent contract with a small label called StreetBeat Entertainment. Took it as a learning experience. But during that time, I had started working with TDE. That deal was for two years, so as soon as that was up, I built a relationship with TDE and became a member of that family." Before signing to TDE, Stevens was a part of a rap group called Area 51, alongside Brooklyn-native and fellow American rapper Snake Hollywood. In 2007, Stevens officially became part of the Top Dawg roster, which already boasted fellow up-and-coming rappers Jay Rock and K-Dot (now known as Kendrick Lamar). Stevens states the book The Autobiography of Malcolm X (1964) as one of the texts that really enlightened him saying: "It just taught me a lot about people, religion, society, possibilities in society, success, and things like that. From there, I've just been very observant about a lot of the major political figures or religious figures that we have and I've been keeping a close eye to [them]. It may seem transparent, but ultimately it's very important to [draw your own conclusions]." In 2008, Stevens made a brief cameo appearance in the music video for his TDE-mate Jay Rock's commercial debut single, "All My Life (In the Ghetto)". Also in 2008, he began recording music for his debut mixtape, at the TDE Recording Studio: House of Pain. In December 2008, Stevens released his first music video, for a song from the mixtape, titled "A Day in the Life", through YouTube. The mixtape, entitled Longterm, was released in January 2009. It was the first in a series, that Stevens claims will have four installments: "When I did the first Longterm I knew that there would be four of them. When I did the first one. So there will be four of them: Longterm 1, 2, 3, and 4. So right now we're at two. You'll have to wait for the next one. That's for the next Ab-Soul interview.". In 2009, he formed supergroup Black Hippy, with his frequent collaborators and TDE label-mates Schoolboy Q, Jay Rock and K-Dot (now known as Kendrick Lamar). Stevens released his second mixtape, and the sequel to his first, on June 28, 2010. The tape, titled Longterm 2: Lifestyles of the Broke and Almost Famous was highly acclaimed and featured Stevenssinging on several songs. Book Ab-Soul for shows and concerts at Heavy Rotation booking agency. Worldwide Bookings with HR Booking. Ab-Soul Booking, Book Ab-Soul. Book artists like Ab-Soul, Ab-Soul booking agent, contact Ab-Soul email, Ab-Soul manager, Ab-Soul management for concerts, bookings, biography, pictures, videos. Ab-Soul may be available for your club shows, private party, festivals or other events. 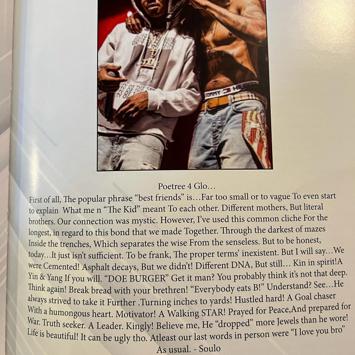 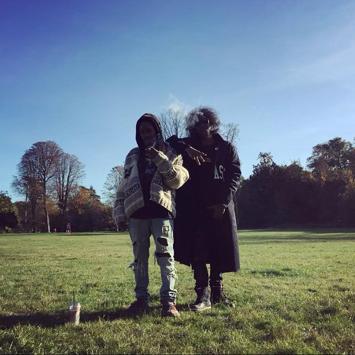