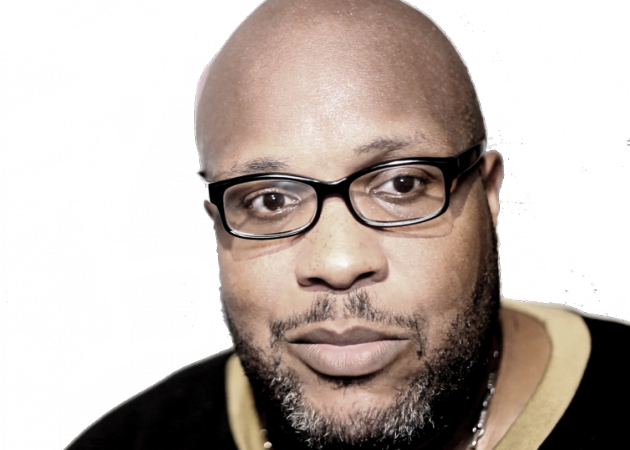 When you think of hip-hop artists from the ‘90s, whose music spontaneously moves the crowd to the dance floor, Chubb Rock is one of a few that immediately come to mind. “Nineteen ninety Chubb Rock jumps up on the scene with a lean and a pocket full of green…” - His 1990 hit “Treat ‘Em Right” still elicits a great response from those longing for the clean party anthems of their time. Born Richard Simpson, on May 28, 1968, this former National Merit Scholar bounced onto the rap scene after dropping out of the prestigious Brown University. Since that time Chubb has gone on to create other chart topping hits including “Caught Up”, “Just the Two of Us” and “Ya Bad Chubbs”. This lyrical wizard is credited with launching the careers of the Trackmasterz: Poke and Red Hot Lover. Chubb Rock, known for his 6’4’ 300+ pound frame will assuredly seduce the ladies with his new svelte 100 pound lighter physique and alluring lyrics. Though his weight may be lighter his lyrics and beats still hit hard. While over the years Chubb Rock has matured so has his music. Staying true to his fan base that has loved him for years his new grown up music and lyrics are definitely targeted towards the Grown and Sexy. His latest single, "Ole School Flava" released on his independent label “Hyztory Records” made it's debut on May 2, 2007. It is being welcomed with open arms as a refreshing alternative to the violence and derogatory lyrics that have plagued hip-hop music over the years. In 2007, Chubb Rock is not making a come back, it’s a continuation of clean party and sexy songs for the mature in mind but young at heart. Recently interviewed by Steve Harvey, comedian, actor, and Host of the Steve Harvey Morning Show, Chubb Rock received high praise from Steve for strongly demonstrating his manhood with maturity, decorum and self respect while being provoked during a radio telephone prank that could have led some men to respond with obscenities and crude remarks. Through out the telephone prank Chubb was pushed hard, but the “Rock” remained poised. He was also recently applauded, on air, by Michael Baisden, author, playwright, and radio show host, for providing the listening audience with hip-hop music that our children can listen too with us, without lyrics filled with stories of violence, drugs, or other offensive behavior. After Chubb Rock’s performance on Michael Baisden’s Manhattan Anniversary Boatride, the “Bad Boy of Radio” proclaimed that “Chubb turned the party out and was the highlight of the evening….he bows down to the Legendary Chubb Rock!” Invincible Media broadcasted that “Chubb Rock, practically got the audience dancing on tables when he performed 'Treat em Right' and 'Ole Skool Flava'” at the 1st Annual Urban Music Awards recently held at the Hammerstein Ballroom in New York City. “OLD SCHOOL FLAVA”, one of the singles, from his highly anticipated CD, flows with nostalgia and a smooth dance beat as he pays tribute to some of the great pioneers of hip-hop music. Chubb Rock’s lyrical dexterity continues to shine through on other songs from the CD like “SEXY”, “TOP 8”, and “ZODIAC SIGN”. He stays true to his Jamaican roots with the pulsating reggae/hip-hop dance groove “JUICY”, a track that is sure to move you even before you reach the dance floor. Listen to “OLD SCHOOL LOVE” as he tells a tale of a May-December romance with a slight twist. “GET IT ON” is not only tempting you to get your groove on with it’s driving rhythm the lyrics are a special treat for the ladies. He says “I LIKE ‘EM OVER 30” in this new playful tune. The beat is working your feet while the lyrics keep a smile on your face. One of the most memorable songs on the CD is “CELEBRATION” which is a loving tribute to his wife Nikki, who recently succumb to cancer, Gerald Levert, and a few others that left us much too soon. This is a steppers track that guarantees to make you grab a partner and get your step on. The new stimulating party anthem “ENJOY” gives you a super dose of the Chubb Rock from the mid ‘90s blended with a super hot track that will rock the joint in 2007. This long awaited CD will be played from start to finish leaving you with a sigh of relief…….finally, it’s exactly what we’ve been waiting for. The GROWN AND SEXY THEORY is more than just a theory…….listen and hear for yourself. Book Chubb Rock for shows and concerts at Heavy Rotation booking agency. Worldwide Bookings with HR Booking. Chubb Rock Booking, Book Chubb Rock. Book artists like Chubb Rock, Chubb Rock booking agent, contact Chubb Rock email, Chubb Rock manager, Chubb Rock management for concerts, bookings, biography, pictures, videos. Chubb Rock may be available for your club shows, private party, festivals or other events.