In 2007, it's all about change for a rapper named Chingy. From his rejoining his Disturbing Tha Peace family to his joining with Def Jam to relocating to Atlanta to unveiling his newest disc Hate It or Love It, Chingy is making all the right moves. "It's not like I'm trying to prove anything," Chingy states "For me, it's all about trying to make good music for everybody around the world. The one thing I wanted to do on my new disc Hate It or Love It was to try and dig a little deeper. I'm older now, and I want to talk about more things than money and cars. I'm a grown man now, and vocally I'm better at expressing myself." Though it has been four years since Chingy released his popular first single "Right Thurr,the world has not been the same for the popular rapper. "I come from a neighborhood known as the Bad Blocks," he says. "I grew-up around pimps, dope fiends, whores and gangs. Thankfully, it was music that gave me a way out. To go from being a Blood to touring Japan was unreal. Now, Japan is one of my favorite places in the world." Growing-up as the middle child with two older brothers and two younger sisters, Chingy has been a music fan since he was a boy. "I was already trying to rap when I was a kid," he says, citing Run-DMC and Ice Cube as early beatbox heroes. "I also listen to my share of old school music, so I know as much about Luther Vandross as I do about NWA." Already writing lyrics by the time he was nine and recording raps at ten, he says, "I wish I had kept those old lyric books that I used. I had so many of them." He pulls from these older days on one of Chingy's favorite new tracks from Hate It or Love It, "Kick Drum," where he laces the lyrics with some of that old school inspiration. "I just wanted to do something that was pure hip-hop," he says. "That's why I gave it a little Das-EFX flavor." Besides rhyming, in the last few years Chingy has spread his acting wings, making appearances on sitcoms My Wife and Kids, The George Lopez Show and One On One. "Acting is something I really want to take seriously," he says. "I also would like to have my own cologne. We can call it, Confident." Traveling the world has also made Chingy a bit of an expert on life abroad. "Australia is another one of my favorite countries, because I feel so much love when I go over there," Chingy says. "But, being a real history buff, I want to go to Egypt to see the pyramids. That's something I've always wanted to do." While signed to Capitol/Disturbing Tha Peace Records (the powerhouse team behind Ludacris), Chingy released the Double platinum selling Jackpot in 2003, which propelled the laid-back rapper into a household name, teen dream sex symbol and fly-boy lyricist. Still, his success was not without trouble. In a public dispute with his managers over money, Chingy broke away from the crew at DTP in 2004 and released Powerballin' in the same year, dropping the singles "Balla Baby" and "Don't Worry." Putting out his third album Hoodstar in 2006 under his own label, Slot-A-Lot Records and Capitol, the album had two popular singles--"Pullin' Me Back" and "Dem Jeans." In April 2007 Chingy signed back with DTP, and left Capitol Records for Island Def Jam. "It was all a mistake," says Chingy. "I was new to the industry, and I trusted people I shouldn't have. However, after the Billboard Awards last year, me, Luda, Chaka Zulu and Jeff Dixon met. Afterwards, I was back with the DTP; we left all our issues in that room at the MGM Grand." The first single is "Fly Like Me," produced by L.T Moe and features Amerie. "Many of my fans are women, so I wanted to create a track that spoke directly to them." From the hypnotic debut single "Fly Like Me" to the cultural commentary of "They Don't Know" (featuring Anthony Hamilton), Chingy is on a mission to be taken seriously." In addition, Hate It or Love It (whose title track is hotter than the third rail) features appearances from Ludacris, Amerie, Rick Ross, Bobby Valentino, Trey Songz, and Anthony Hamilton. Still, while there is no shame in the party vibe, Chingy also wanted to pay tribute to the "real women" in his life on "Lovely Ladies." Produced by Khao, the sizzling song, says Chingy, "Was written with my mom, my sisters and my two grand mothers in mind. If it wasn't for women guiding me when I was younger, who knows where I would be. Just because I'm not considered a 'conscious rapper' like my man Common, doesn't mean that I'm not thinking about things." Another track that Chingy is quite proud of is "They Don't Know," which loudly speaks to critics from Bill O'Reilly to Oprah who has verbally slammed hip-hop culture. "Those who are attacking rap need to take a closer look at the communities that produce this music," Chingy says. "They are ignoring the real problems like poverty and poor school systems, then they blame the very people who are the victims. Rappers aren't creating these problems, we're just telling the world about the dramas we see." Unafraid of showing his true colors, the beauty of Hate It or Love It can be heard in Chingy's honest lyrics, impeccable flow and precise production. If you are ready for a flight, this is the disc that will take you there. Book Chingy for shows and concerts at Heavy Rotation booking agency. Worldwide Bookings with HR Booking. Chingy Booking, Book Chingy. Book artists like Chingy, Chingy booking agent, contact Chingy email, Chingy manager, Chingy management for concerts, bookings, biography, pictures, videos. Chingy may be available for your club shows, private party, festivals or other events. 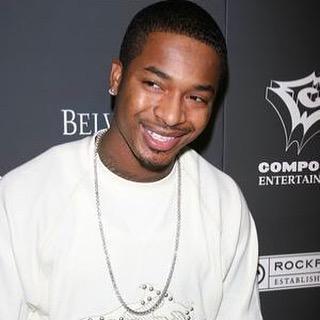 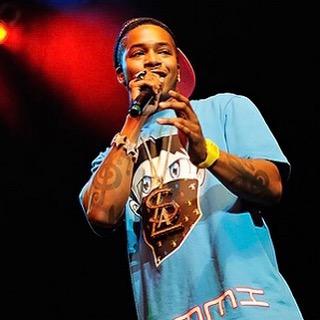